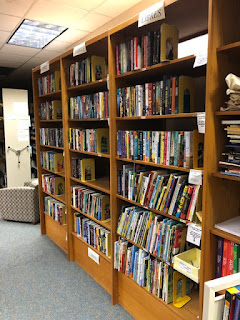 After approximately 40 years of being an active group, our current members (2019) tried to find out the history of  how LIBRES was founded.

In the 1980s, Jan Reelitz, Joanie Thomas and Freda Richards were among the founding members. Jan was working at Birmingham Groves and then at Cranbrook Schools. There was a core group of Birmingham school librarians who were a part of LIBRES. Oakland Schools was chosen as a good central location and a place at which the books from publishers would have a home. There were not as many opportunities for school librarians to get together on a more local level and the school and public library world did not intersect.

Noni St. Amand said, "Joanie Thomas was the librarian who introduced me to Libres and to Jan. What made it so successful was this method of bringing someone in. Joan’s enthusiasm was so infectious I just caught it." Members would go to Oakland Schools to select the books to review and would meet at Freda’s home periodically in between meetings at Oakland Schools. At one point, during a personnel change at Oakland Schools, all the LIBRES bookshelves were eliminated. Noni moved the 5,000  books to her home and would drag them to meetings that were hosted in various locations. Judy Sima was a huge help by organizing the various meeting places- either a member’s school or home. Thankfully, Karen Becknell and Joanne Steckling stepped in and they became a real team. They used to joke that it seemed to be a group of library retirees that kept it going as they wrote the reviews so that the publishers would continue to send books; which they did -- to Oakland Schools. Then Judy Hauser, at Oakland Schools, found a space for LIBRES again in the Information Center.  Karen, Joanne, and Noni would open the boxes and check them in. When Noni could no longer do so- they kept it going. Jan had a wonderful dream and everyone pitched in to keep it alive. 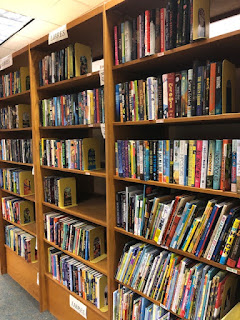 LIBRES was (and is) a chance for public and school librarians to get together and form a community. This group was a positive force for the public/private school library and public library community, on a personal and professional level. Many friendships were forged talking about books. At one point, the group was so large that they split into elementary and middle/high school. Eventually, as the numbers declined, the group was merged back into one. The focus of the group still aims to write book reviews and provide insight on how the books can be used in schools, both in the library and the curriculum.


All the books the publishers send us end up in school libraries or otherwise in the hands of young readers. Our current aim is to celebrate the books we enjoy and recommend to other school libraries. We talk about and review picture books, middle grade books, YA books. We share our reviews with the publishers, LIBRES members and anyone who follows our blog and social media accounts.


After four decades of reviews, we are still going strong!