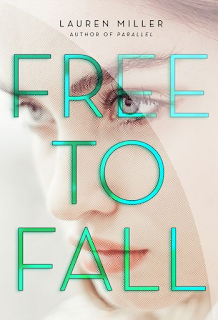 Summary: Rory has always been an exceptional student, but she’s never really felt like she fit in with her peers. She is overjoyed when she hears that she has been accepted to Theden Academy, an elite boarding school which she has always dreamed of attending. Perhaps at Theden, she will finally feel accepted. Just before she leaves, her dad reveals that her mother, who died during Rory’s birth, also attended Theden, but dropped out just before graduating. Rory receives a gift, a relic from her mother’s past with a clue hidden inside. At Theden, for the first time in years, Rory hears The Doubt, a rebellious inner voice that most people hear as children, but manage to suppress as they age. The sudden reappearance of the Doubt, the mysterious connection to her mother, a secret society on campus, and several characters whose intentions are unclear leave Rory feeling unstable and keep the reader guessing until the very end.

Straight Talk for Librarians: This book is a page turner filled with nearly constant suspense. It begins very typically, starting with romantic tension with townie, North, and a frenemy roommate, but then verges out into secret societies, spy behavior, and historical connections to power and money that have been hidden for centuries. As Rory’s understanding of her mother’s involvement at Theden grows through carefully crafted clues, the depths of Rory’s connection to a major global conspiracy become clear. Timely topics around the concept of artificial intelligence, vaccinations, and the abuse of technology may provide curricular connections while also ramping up the excitement of the plot. Rory is a fully developed character that readers will root for, though some of her friends and relatives are not as clearly drawn. Nonetheless, the plot of the book is so exciting that even reluctant readers may pick up this novel if they can look beyond the length.